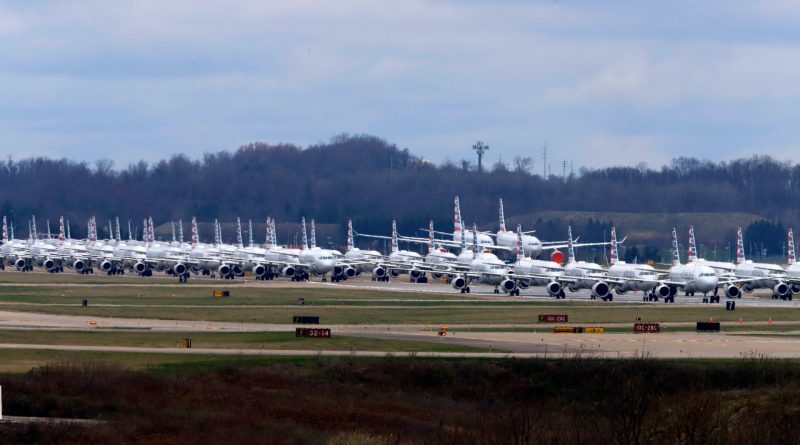 The COVID-19 is affecting the planet and the economy for more then six month now. The aviation industry has been hit very hard by travel restrictions. Compared to 2019, no airline has returned to 50% of its activities except for Chinese companies. As the epidemic continues, the industry is moving into the second phase of crisis management. So here is my analysis of the midle and long term effects of the pandemic on aviation.

The United States are overtaken by China

As of July, domestic flights in China were back at 85% of capacity for the same period in 2019. The economic crisis linked to COVID-19 has been much shorter in China than anywhere else in the world. In the USA, the nimber domestic flights was 55% of that of July 2019. For both countries, we do not take into account the international market which remained very weak in July. But it is obvious that China will overtake the United States in 2020 for the number of passengers. In addition, the health and economic crisis is lingering in Uncle Sam’s country. The United States is therefore highly unlikely to regain the upper hand over China in 2021 and beyond.

This is important data that allows us to anticipate how the airline industry will develop. Aircraft manufacturers tailor their products and services around the largest customers. From now on, Chinese companies will have a say in new aircraft technical requirements.

During a financial crisis, airlines tend to scrap their older aircraft. We are talking about airplanes that are generally over 20 years old. This measure significantly reduces fuel consumption and maintenance costs. But the scale of the current crisis is far too great for this measure to be sufficient.

In April, more than 60% of the world fleet was inactive. The inactivity rate is now around 30%, which represents nearly 10,000 airplanes. A structural overhaul (D check) can cost anywhere from $ 1.5M to $ 2M. So the first planes sent to long-term storage are those that were near the next structural overhaul. But to reach 10,000 stored aircraft, Airlines also sent planes with lot of green time. It’s only when the crisis is over and demand recovers that airlines will put them back into service.

In addition, aircraft that as remain in service have a much lower rate of use than before the crisis. On an annualized basis, the average number of hours flown by single-aisle aircraft has decreased from 3,500 hours to 2,000 hours. Airlines have chosen to keep more planes in service in order to reduces storage costs. This measure is more economical especially if the storage is for a period of one year or less. Since airlines are doing a lest intensive use of their airplanes, maintenances comes less quickly.

The most retired and the most used

The withdrawal of almost all of the quad jets came as no surprise as this was a trend already well underway before COVID-19. Airlines have pulled out of service nearly 95% of the A380s and 75% of the B747s The A340 does not do much better with 70% of its fleet retired from active service.

Among twin-engine long-haul aircraft, the A350 and B787 do well with only 35% of aircraft in storage. The poor performance of the A330 surprises with 50% withdrawals. It is now evident that it will be a long time before the long-haul market returns to pre-COVID-19 levels. We will probably have to wait until 2025 for a return to normal.

Since the beginning of the crisis, airlines have announced the permanent withdrawal of 1,200 aircraft. Surprisingly 25% of these withdrawals are regional aircraft: 145 E-Jet, 144 CRJ and 22 ERJ for a total of 305. This trend will accelerate this fall as US companies cut regional routes. The regional aircraft market will therefore be severely affected by the COVID-19 crisis.

Single-aisle aircraft below 5 years old are popular and fly a lot more. The A220 is doing particularly well with an active service rate of 95%. Over the next few months, airlines will rationalize their fleets; they will reduce the number of different type they operates by selecting smaller aircraft.

According to AeroDynamic analyst Kevin Michael, the global spare parts inventory was $ 45 billion before the pandemic, with $ 25 billion in suppliers and $ 20 billion in airlines. By reducing the number of aircraft in service and the rate of use, airlines can therefore significantly reduce inventory.

Airlines also have the option to cannibalize currently stored aircraft: it involves taking a complete system from a stored aircraft and installing it on an aircraft in service. Engines, landing gear and APU’s are excellent candidates for cannibalization. MRO who are overhauling those systems will suffer for several years from this situation.

Often, small machine shops are those that ultimately manufacture frequent replacement parts. These tier 3 suppliers will have to assess the relevance of remaining in the aerospace industry. The healthiest companies will have the opportunity to buy out competitors at a good price. Tier 3 shop should anticipate wave of consolidation among them.

At some point, when demand will have bounced back, the industry will have to catch up on maintenance. At that point, the problem of labor shortage will come back.

Finally, the price of used parts is currently too low to justify the dismantling of older planes. But recycler’s capacity is limited and they should expect a rapid turnaround. In the space of a few months this sector will go from surplus to shortage.