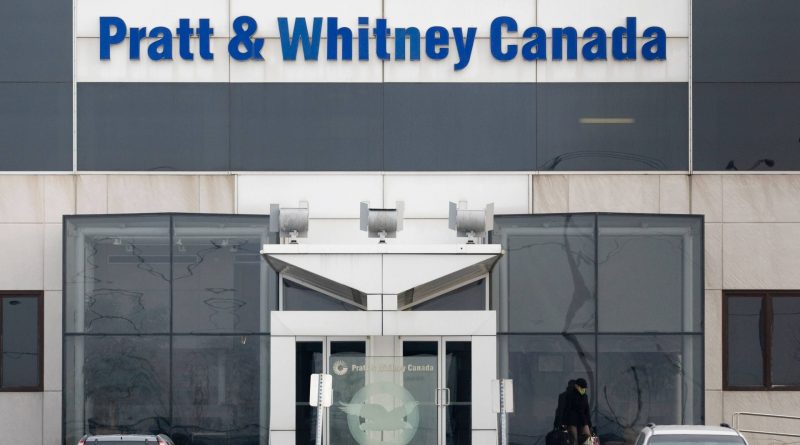 Before tackling the situation at Pratt & Whitney in montral, let’s talk about the situation for engine manufacturers: this sector of the aerospace industry is being hit hardest by the pandemic and will be struggling to recover from it.

Engine manufacturers have invested heavily in the last ten years to develop new, more economical engines. They are the ones who brought the most innovation and fuel savings to the airline industry. But this has come at the cost of great financial and technological efforts. All the of new engines entry into service have encountered significant difficulties over the past five years. The financial costs of these problems have had a devastating effect on the bottom line of some engine manufacturers.

Aircraft manufacturers often offer a choice between two engines for the same model of aircraft. This prompted engine OEM to give big discounts to airlines in order to secure orders. It is not uncommon for an engine manufacturer to sell their engines at cost or even slightly below. It was on parts and engine overhauls that they made up for it.

Engine manufacturers offer another choice for airlines that do not have their own engine overhaul facilities. It is a system whereby companies pay for their maintenance base on flight time. This system offers operators a lot of flexibility as the monthly billing is based on the number of hours of flight. Airlines that have opted for this billing method are rubbing their hands right now.

In short, with COVID-19, engine manufacturers are losing out on everything at the same time.

Before the beginning of the pandemic, Pratt & Whitney Canada employed approximately 5,000 people in Quebec. The Mirabel facilities is in charge of assembling the PW800 and PW1500G. They will be little affected by the current crisis. The two products assembled there are at the beginning of their life and demand is good despite the crisis. This facilite is also in charge of the flight testing. All of the Mirabel facilites are under the responsibility of Pratt & Whitney USA.

The Pratt & Whitney Canada facility in Longueuil is the primary assembly site for the PT6. It is the most widely used engine in general aviation and its production remains at a good level. In addition, most general aviation operators have a fleet of less than 20 aircraft. It is much more difficult to juggle aircraft flight time. This situation makes it much more difficult to postpone engine overhauls.

This spring, Pratt & Whitney Canada announced 250 layoffs at its Longueuil facilities. Then, in July, the manufacturer cut 244 more jobs, still in Longueuil. The slowdown is most evident on the manufacturing line of the PW100 and PW150 engines. The overhaul of these two engines family are also much rarer. It must be said that ATR and De Havilland Canada have only delivered about 15 aircraft this year.

Pratt & Whitney Canada manufactures and services several models of APU’s. As I explained in a previous text, this sector of activity is very affected by the crisis.

There is sunshine after rain

The next two years will be difficult for Pratt & Whitney Canada and its facilities in Longueuil. We can therefore expect more cuts by the end of the year in order to adjust to the market. But I would be surprised if the number of employees drops below 4,000. Pratt & Whitney, on the other hand, is almost absent from wide body aircraft market. Since this is the market that is most affected by the pandemic, it will suffer less than its competitors.

In addition, Raytheon Technologies, which is the parent company of Pratt & Whitney, has strong backs. The group has a strong presence in the military sector which will enable it to get through the crisis. By the time the airline industry wants to catch up with maintenance delays, business will pick up. The transition will be short and the labor shortage is likely to be a very big problem two years from now.

Manufacturers of civil aircraft engines also manufacture engines for military aviation. Therefore, government consider these companies as strategic and bail out it always an option. The normal game of mergers and acquisitions will not be possible because of national interests. For example, the European Safran could not acquire the American GE Aviation.

However, the business model which is based on after-sales service profits no longer holds up. One way or another, engine manufacturers will have to organize themselves to make the sale of civilian engines more profitable.

Pratt & Whitney Canada ranks among the top three Canadian companies investing in research and development. The company always keep few projects on the grill: during the 2015-2017 period, Pratt engineers juggled the possibility of a new generation of PW100-PW150. But Pratt put the project on hold due to lack of interest from clients. Given the current state of the turbo-propeller market, I don’t see who would want a re-engine.

In the spring of 2016, Pratt & Whitney Canada said it was working on a replacement for the venerable PT6. At the time the manufacturer said it was a new line of engines with a range 1,500 to 2,000 shaft horsepower. Pratt claimed that this new engine would be ready in 2021 … let’s say it that way: It is pretty on that ptoject right now.

Taking into account technological developments as well as ecological pressures, the 804 project is the most promising. In April 2019, I published a text about Project 804 which you can read by clicking here. Pratt’s goal is to develop an alternative hybrid propulsion system to re-engine existing aircraft. The viability of the project therefore does not depend on the aircraft manufacturers. Pratt could use this technology on smaller turbine aircraft up to the Dash-8 and ATR. It remains to be seen if and when Pratt will be able to validate this concept.

Let’s say that COVID-19 hasn’t changed a big truth in aeronautics: medium and long-term survival depends on research and development.