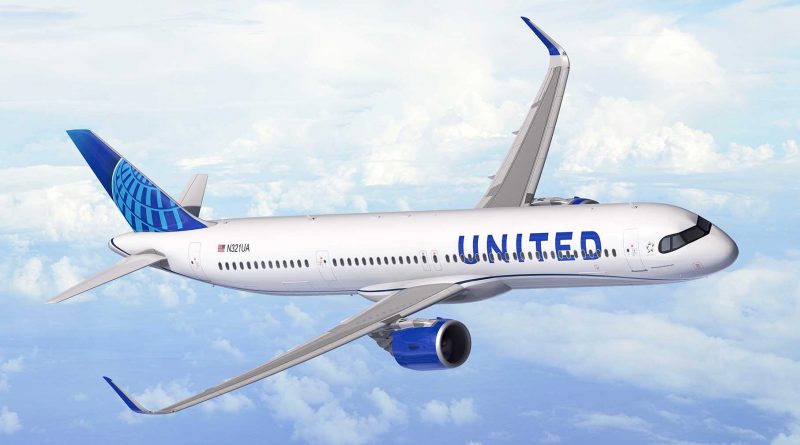 The order of 50 A321XLR placed by United Airlines last week caused a lot of reactions. It represents a significant lost for Boeing and this order is the result of a trend that began several years ago.

The growing popularity of the A321NEO

The popularity of the A321 has increased with the arrival of the NEO version whose sales continue to grow strongly. Since the beginning of 2019, Airbus has already sold 909 A321NEO bringing the total sales to 3201. Surprisingly, during the same period orders for A320NEO fell by 207 units. The main reason for this decline is a switch of orders to the A321NEO. This is also the first time that the A321’s annual sales exceed those of the A320. Total A321NEO orders now stand at 3201 aircraft compared to 3963 for the A320NEO.

The A321NEO is the most sold aircraft at this time and in 2020 it could exceed the total sales of A320NEO. It remains to be seen how long it will take to overtake the A320CEO.

The A321NEO has an operating cost similar to the A320NEO but with significantly higher revenues. At the moment, the A321NEO is the aircraft that gives airlines the best performance in all categories. It offers the flexibility of a single-aisle aircraft with unparalleled capacity for this class of aircraft. For the airlines that use it, the A321NEO is a money making machine.

The A321LR and XLR on transatlantic flights

Like most companies, airlines are constantly looking to improve their performances. It is a natural reflex for carriers to want to use their most profitable aircraft on transatlantic routes. But the problem is that the 3500 nm range of the A321NEO is just a bit too short.

The easy solution would have been to increase the fuel capacity of the aircraft to increase its range. But it would have been necessary to reduce the number of passengers that it can transport in order not to increase its mass. Reducing the number of passengers would have reduced the efficiency of the A321NEO. As a solution to this problem, Airbus engineers modified the flap configuration of the A321LR. The new flap configuration generates more lift at low speeds during take-off and landing. It was therefore possible to increase the maximum weight of the aircraft without increasing the take-off and approach speeds too much.

The autonomy of the A321LR is 4,000 nm which gives it a transatlantic capability. This performance is unmatched in single-aisle aircraft currently in production. The XLR version of the A321NEO being developed is expected to have a range of 4,500 nm.

The efficiency of the A321NEO

With 199 seats, the A321NEO-LR offers much more flexibility for an airline compared to the A330-900NEO. For example, by deploying the A321NEO-LR on routes such as Montreal-Toulouse or Montreal-Lyon, Air Transat will be able to increase its frequency from 4 to 7 days a week without risking a capacity surplus, while improving its offer to travelers.

For the Montreal-Paris route, Air Transat currently offers two flights per day with A330-300s for a total of 750 seats available. But during the peak of the summer, if it takes an A330-300 off the route to replace it with two 199-seat A321NEO-LRs it increases the number of available seats to 768 with 3 daily flights instead of 2. Then when the demand start to slowdown, it has the opportunity to remove a first A321NEO-LR reducing the capacity to 575 seats while maintaining two daily flights. This additional flexibility allows the offer to be adjusted more gradually than A330-300s with 375 passengers while maintaining a high occupancy rate.

On an annualized basis, two A321NEOs can fly more flights and carry more passengers than one large aircraft. Dollars for dollars, the A321NE0 offers a better return on investment than any other aircraft. No wonder why the A321NEO is so popular right now.

From 1993 to 2005, Boeing also manufactured the B757 with a base capacity of 200 passengers with a range of 3900 nm. It was a decent success with 1049 aircraft sold to airlines. For five years now we have been hearing about the need to have a replacement for the B757. It’s not like Boeing was unaware of the needs of the market. Discussions between airlines and aircraft manufacturers are ongoing. Airbus and Boeing are always able to know what airlines want.

Boeing’s offering at the top of the single-aisle aircraft market consists of the B737MAX9 and MAX10. But neither version offers the capacity and autonomy of the A321LR or XLR at the same time. The total orders for MAX9 and MAX10 are about 1,100 units, (Boeing consolidates all of its MAX orders). The ratio of 3 to 1 in favor of the A321 is therefore still in place. But the recent arrival of the LR and XLR versions of the A321NEO is likely to widen the gap in favor of Airbus in the single-aisle market. The 909 A321NEO ordered in 2019 despite a slow market is a sign of its dominance.

No matter what sector a company operates in, there is a basic marketing rule: you have to be attentive to the needs of the customer. There is no point in having a superior product if it does not meet the needs of customers. The best product in the world will not sell if buyers do not need it. Conversely, if you are the only one to offer a product in high demand, success is assured.

With the A321NEO, LR and XLR, Airbus gave the market what it needed. Meanwhile, Boeing has dithered and is now empty-handed. Market control of single-aisle aircraft has already shifted in favor of Airbus. The MAX crisis will only accentuate an already well-established trend. No matter what will happen to the MAX, it will not really affect the future of the Airbus single-aisle familly. The European manufacturer has taken control of this lucrative market for many years. The question now is whether it will be 70%, 80% or even more than 90%. The A321NEO is the new master of the sky.