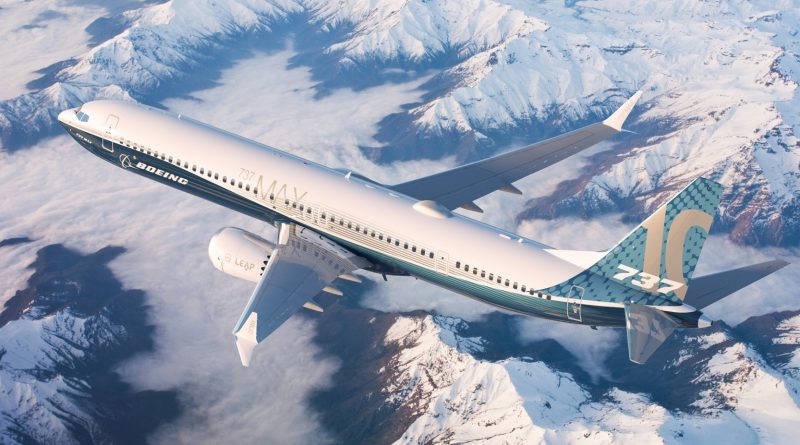 Boeing has now completed its three certification flights with the FAA and now hopes to return the B737MAX to service. If all goes well, the first B737MAX could resume commercial service at the end of September. Last November 23, I had already said that the return to service of the MAX was far from the end of the problems for Boeing. Since then, COVID19 has added a few additional levels of difficulty.

In fact, Boeing finds itself in a similar situation to the entry into service of an entirely new aircraft in the midst of a pandemic. Boeing is in a critical situation and here’s why:

Remember that EASA is going to have to do its own B737MAX recertification flights. The European agency wants to bring the MAX to the limits of its flight envelop with the MCAS deactivated. This flight test will be critical.

Once this test has been passed, EASA will give a conditional approval to the MAX; Boeing will have to commit to adding a third source of angle of attack indication. Boeing took more than 18 months to modify the MCAS and add a second angle of attack indication. The two MAX computers are currently at the limit of their capacity, asking them for more is a huge problem. It’s hard to believe that Boeing can succeed without adding or changing an flight computer. Meeting EASA requirements could make the cost to skyrocket.

The FAA has removed Boeing’s authority to certify new aircraft leaving the assembly line. The government agency will do a detailed inspection of each of the B737MAXs. The credibility of the FAA is at stake, it will have to be extremely severe towards Boeing. The slightest twitch will cause rejection and delays.

Then there is the challenge of getting 450 brand new aircraft out of storage. Several B737MAX have been in storage for over a year and will require a lot of attention. All this in the middle of a pandemic with the social distancing measures that are in place. The productivity of maintenance technicians will not be that before the crisis, it will be long and tedious.

When the first B737MAXs resume commercial service, they will be followed like never before. Tens of millions of Internet users will follow live flights, Flightaware and Flightradar24 will make huge profits. The entire planet will be immediately informed whenever a light bulb fails on a MAX.

Right now, the public mind into travel, adding the risk of the MAX could be too much. Boeing’s public credibility has been seriously damaged since the MAX’s two tragedies. She will have to prove that she learned from her mistakes and that the MAX is a safe plane. Boeing has never before undertaken a public relations operation the size of the one to come. In fact, one may even wonder if Boeing management is aware of the media effort to be made.

The demand that is no longer there

In the space of just a few weeks, the demand for new planes has literally vanished. Boeing ended up with 825 B737MAX which no one needs anymore. If these 825 aircraft do not return to service before 2022, this will not change the situation of the airlines. In fact, many airlines would prefer not to receive new planes until 2022.

Airline bankruptcies continue to pile up, which cuts orders from MAX. To this we must add cancellations and deliveries postponements beyond 2022. According to figures provided by Boeing, in 2020 the order book of the B737MAX fell by 615 units. With this the current trend, the MAX order book could drop below 3,000 before the end of the year. Boeing will go out of its way to maintain orders, but many customers just can’t afford it.

The other big problem for Boeing is the value of the B737MAX compared to other aircraft in its class. At the moment, the price of used aircraft has decreased by almost 20% since the beginning of 2020. The difference between the price of a new aircraft and a used one favors the latter despite the higher fuel consumption. Since the MAX does not fly, it is impossible to establish its value with certainty. But it can be expected to have dropped significantly since March 2019. Boeing must then succeed in managing the cost of the MAX modifications below its market value.

Boeing has almost $ 40 billion in cash and $ 53 billion in debt. The problem is that it burns over a billion dollars a month and it will be worse in the coming months; It’s been a long time since Boeing has spent all the deposits customers have paid for MAXs. The company will therefore have to restart production at its expense. To this must be added the costs of returning to service the 450 new but parked aircraft.

In 2019, Boeing planned to increase production of the MAX to 57 aircraft per month. Right now, the assembly line runs at less than five units per month. In Renton, the manufacturer has nearly 12,000 employees just for the B737MAX. It’s a huge structure that is very expensive to maintain and is underutilized. At best, the production rate of the MAX will be around ten aircraft per month next December. Given the state of demand, Boeing will find it difficult to exceed the rate of 24 MAX per month before 2022. It should therefore not be surprising that Boeing launches a new round of financing in 2021.

Maintaining MAX’s supply chain is by far the biggest problem for Boeing. The COVID19 crisis endangers the survival of many companies in the aerospace sector. But MAX’s suppliers have been in crisis since the summer of 2019 and many are at the end of their rope; Boeing planned to increase the MAX production rate to 57 per month. Suppliers were therefore forced to add production capacity. But just after the investments, the production rate was reduced. In other words, spending has gone up and income has gone down.

The supplier of the B737MAX fuselages, Spirit Aerosystems is very affected. The company asked its creditors to reschedule its debt in order to ease its finances. Spirit is probably the tip of the iceberg and other suppliers will have to negotiate with their creditors. The closure of a small supplier could seriously affect production of the MAX.

The other danger in the supply chain is the loss of talent. COVID19 is more lethal for people aged 60 and over. However, several experienced managers and employees are in this age group. If the virus spreads in a business, its executives and experienced workers are most at risk. A supplier’s ability to act and survive would then be greatly affected. The resurgence of the pandemic in the United States is a real threat to the Boeing supply chain.

Since the start of 2020, little has been said about legal action against Boeing. But there is a plethora of them: the families of the victims of the two crashes, the suppliers, the customers, the employees of the customers, etc. In light of the revelations made to date, Boeing may have to pay record compensation to the families of the victims. Note that a few billion more won’t make a big difference. But all of these lawsuits will further damage Boeing’s diminished reputation.

Then there is always the possibility of criminal prosecution because the FBI is still investigating. Do I need to point out that a criminal trial is even more damaging to the reputation?

The B737MAX has lost enormous value due to the accumulation of two crisis. For the next five years, it would be very difficult to make a profit, especially at 24 units per month. The company will therefore find itself with a debt of $ 53 billion without its cash cow to repay it.

Over the next 12 months, we will witness Boeing’s pathetic efforts to relaunch the B737MAX. We may see a series of small wins and setbacks. In the end, it is the combination rising cost and lost of value that will put an end to the MAX. In anyway the Milking cow is dead and Boeing as no other options.