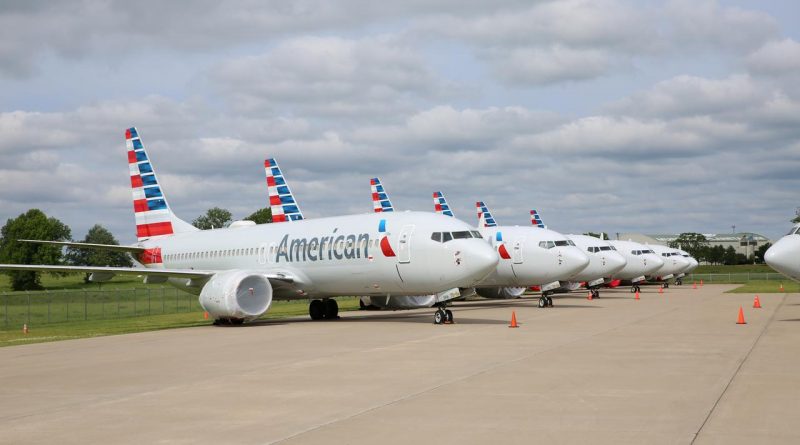 In the past few days, several medias have reported that American Airlines may cancel part of its order for B737MAX. This seems unlikely to me, here’s why.

In the early 2000s, Boeing began to think about the successor to the B737, which was its best seller. But within the company, several executives feared that the cost of developing a new single aisle would be exorbitant. The possibility of simply re-engine the B737 had many supporters in the upper echelons of Boeing.

It should be remembered that in 2008, the price of oil had reached new heights. After a pause in 2009, the price of oil started to rise again in 2010. At that time, analysts were expecting a further surge in the price of black gold. It is in this context that in December 2010 Airbus announced it would re-engine of the A320. The manufacturer promised fuel savings of around 20% with the A320neo.

Meanwhile, Boeing continued to procrastinate on the replacement of the B737.

The role of American Airlines

In the spring of 2011, American CEO Gerard Arpey contacted Boeing: the airline is about to make a decision to renew its fleet of single-aisle aircraft. For Arpey, Airbus’s proposal for the A320neo is simply irresistible. If Boeing does not come quickly with a proposal, American Airlines will order 400 A320 ceo and neo. Panic took hold of Boeing’s management, which suddenly launched itself into the re-engine of the B737, the B737MAX.

On June 20 2011 at the Paris Air Show, American Airlines announced a historic order for 460 single-aisle aircraft. The order breaks down as follows: 260 A320 family aircraft, including 130 A320ceo and 130 A320neo. American had the option of converting to A319neo and A321neo as their future needs evolve.

American also orders 200 B737 family devices, i.e. 100 B737NG and 100 B737MAX. the agreement with Boeing also provides the option for different variants of the MAX. It is widely believed that pressure from American Airlines prompted Boeing to launch the MAX.

The current situation of American Airlines

American Airlines was unable to agree with its financiers on the renewal for financing 12 B737MAX. The delay in the delivery of the aircraft means that the financing contract is no longer valid. The airline is also seeking financing for another 5 MAXs to be delivered after recertification.

American wishes to renew this contract but under the same conditions and rates before COVID19. This requirement is strange since the current crisis increases the risk of financing an airline. If American fails to reach an agreement with the finance companies, it will not be able to take the 17 aircraft.

Boeing is receiving MAX order cancellations at an increasingly rapid rate. American Airlines is an important customer for Boeing and for the MAX. It is therefore out of the question to sit back and not meet the demands of the American carrier.

Boeing has a division that offers a financing option to its customers to facilitate sales. If Boeing wants to keep American, it will have to provide very competitive financing. For my part, I have no doubt about the outcome of the negotiations under way, American and Boeing will find common ground.

In a world where the religion is “In profit we trust” the symbol $ is one of loyalty. As long as a company can do good business with a partner, it is loyal to that partner. In the situation that Boeing finds itself in, maintaining American Airlines’ loyalty will cost it dearly. Throughout MAX’s history, American has always found a way to get more for its money. We are witnessing a rehearsal of the history: “If you are not nice to me, I will go with Airbus”T

he problem for Boeing is that every time it gives an additional discount to a MAX customer, it lowers its value. Boeing is in a spiral with the MAX, sooner or later it will break below its break-even point. But Boeing does not have the luxury of refusing to grant additional discounts. Boeing is solely responsible for the untenable situation in which she out itself in.