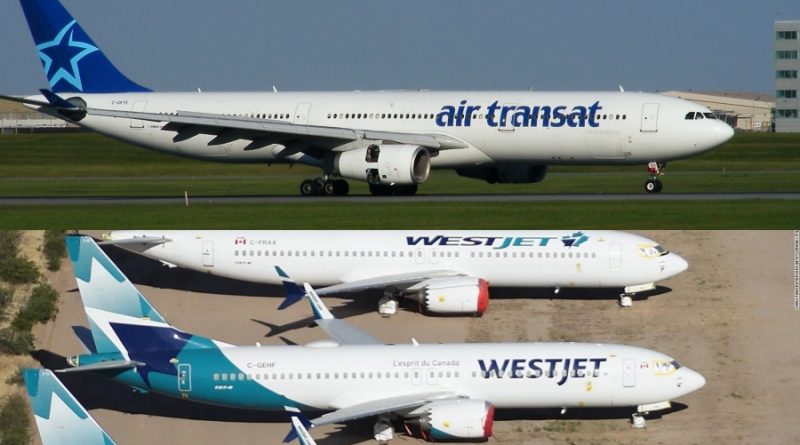 A new Air Transat-WestJet code share agreement has just been signed. The two Canadian companies will therefore offer their passengers a larger network. From 2022, certain Air Transat transatlantic flights will also have a WestJet code. Likewise, some North American WestJet flights will have an Air Transat code added. The agreement is subject to regulatory approval.

The Advantage for Both Companies

This is the first major code share agreement for Air Transat covering Canada and the United States. This fixes much of its lack of a domestic flight network. However, it will be a few years before the two airlines take full advantage of this new agreement. Indeed, the two carriers will have to adjust their respective networks in order to achieve better integration. For example: Air Transat has a strong presence in Europe from Montreal. WestJet could take advantage of this situation to offer routes to the United States and compete with Air Canada.

The reverse is also true, WestJet has the ability to bring customers from Western Canada to Air Transat. The Quebec company will therefore be able to adjust its transatlantic routes according to this new clientele. WestJet already has a code-share agreement with Delta Airlines. The Alberta company will therefore be offering many more options to its customers. Over time, the Air Transat-WestJet alliance could lead to an Air Transat-Delta agreement.

WestJet also has an agreement with Air France, it will be necessary to see how the French company react to this new agreement. Today’s press release talks about code sharing for transatlantic flights, so France could be excluded from it. But given Air Transat’s strong presence in France, there will be a strong temptation for WestJet to use it to its advantage.

For airlines, code-share agreements are an efficient, quick and inexpensive way to expand their network. Note that the Air Transat-WestJet deal is the worst-case scenario for Air Canada. After dropping the acquisition of the Montreal company, Air Canada sees it approaching its biggest competitor in the country. Worse still, the Air Transat-WestJet duo will be able to reach out to its American customers.

Air Transat does not offer a customer loyalty system, it may well have to add one to adjust to its new partner.

Finally, this agreement is the first major decision of the Transat A.T. group under the leadership of Annick Guérard. The new CEO therefore takes her directions and assumes her leadership.