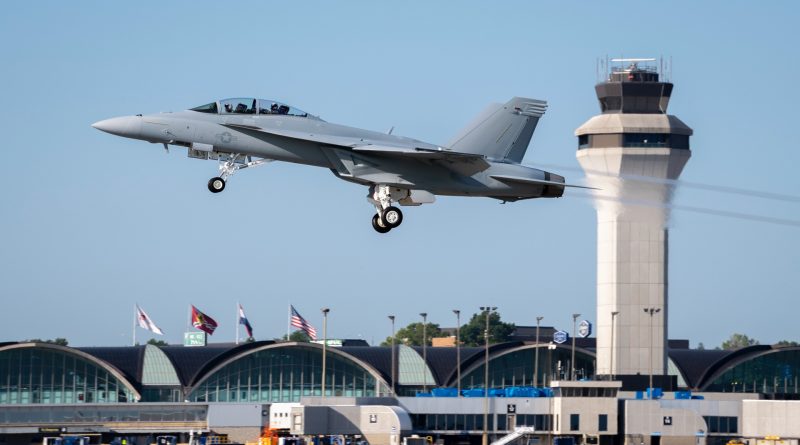 This fall, people from Boeing Defense toured Bombardier’s facilities at the old Canadair plant. The question everyone has been asking ever since is: why did Boeing go to visit its old buildings? Perhaps the question should instead be what does Bombardier have to offer to Boeing?

For Bombardier’s employees, Plant 1 designates the former Canadair facilities in Saint-Laurent. The facilities are vast and much of it dates from the 1940s. During 2022, the transfer of structural activities on the A220 and A330 to the Stelia facilities in Mirabel will be completed. Subsequently, Bombardier will occupy only 25% of the building, which will then be practically deserted. In addition, it no longer meets today’s standards and needs a major renovation.

Since the arrival of Eric Martel at the head of Bombardier, the intention is to dispose of the unused portions of land and buildings. The income from the sale should make it possible to renovate or build a new building according to current standards. Even if the sale takes a little longer than expected, the plan remains unchanged.

But there is one part of Bombardier’s Plant 1 facilities that is worth its weight in gold: it’s the surface finishing section.

Surface finishing is an important activity of the aerospace industry. Several methods are used to modify the surface of a part. One method is soaking it in a bath containing chemicals. The latter is very effective in increasing corrosion resistance.

But the stricter standards make it very difficult to obtain environmental approval. The surface finishing sector has therefore not kept pace with the growth of the rest of the aerospace industry. The number of sites where surface finishing is carried out is therefore small and very scattered. Parts that absolutely need to be chemically treated often travel very long distances round trip just for this step. This considerably lengthens the production cycle and increases the risks. In addition, since there are few sites the workforce with the skills is also scarce.

Bombardier therefore has one of the too few surface finishing facilities for the aerospace industry. In fact, in its official response last Thursday, the company remarked: “The talent of Bombardier’s employees and the potential of its facilities would arouse the interest of the industry. It appears that its surface finishing unit is underutilized at the moment. Bombardier would therefore seek to improve the productivity of this facility.

Boeing is not the only company in the aerospace industry to have visited Plant 1. This is normal if there is a shortage of such facilities.

Like all manufacturers, Boeing Defense seeks long-term solutions to the disruptions currently plaguing the supply chain. Reducing unnecessary travel and bringing more activities back to the continent would be part of the solution.

Among other things, Boeing could choose to manufacture parts requiring surface finishing in Saint-Laurent. By installing it right next to Bombardier’s unit, it would reduce travel time. In addition, even though Montreal is far from Saint-Louis, there are several transportation options. The American company would therefore reduce the risks.

Finally, let us not forget that it is in 2022 that the Canadian government will choose the replacement for the CF-188 Hornets. Announcing an additional investment in the Montreal region would not hurt. But there is no agreement yet between the two companies and there is no guarantee that there will be one.