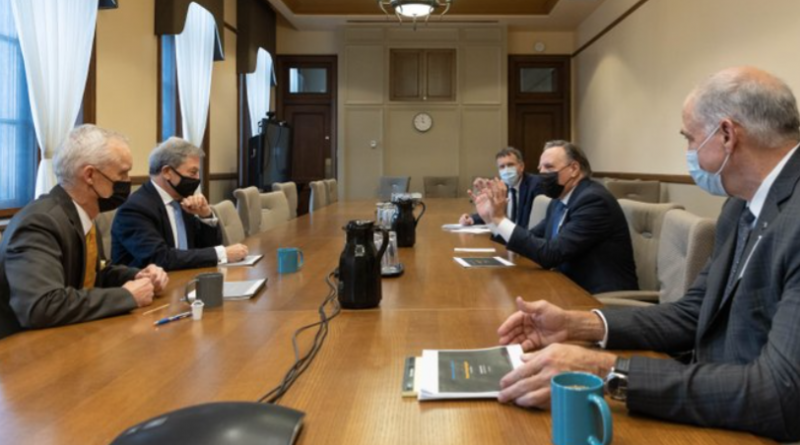 The Premier of Quebec, Mr. François Legault, had a meeting today with Boeing International. The Quebec premier shared a photo of the meeting on his Twitter account.

I would remind you that this fall, Boeing visited the Bombardier facilities in Saint-Laurent. I stress that Boeing’s efforts go well beyond the CF-188 renewal contract. The American giant is looking to secure its supply chain and Montreal could be part of the solution.

In the photo, we can see the president of Boeing International, Mr. Michael Arthur. Note also, the presence of the Minister of Economy and Innovation, Mr. Pierre Fitzgibbon. The latter’s presence alongside François Legault is an indication of Quebec’s strong interest in Boeing.