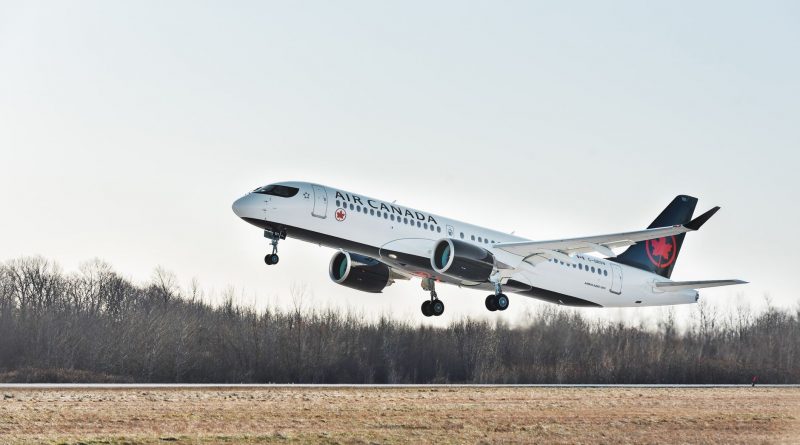 Les Ailes du Québec now has access to part of the large Cirium database. The latter is a subsidiary of Lexis-Nexis and is a major provider of aviation data and information. The section I have access is about airlines. To be honest, for the past few days I’ve felt like a kid in a candy store. For my first treat, I decided to take a bite into the data about Air Canada’s A220-300.

In order to fully understand the role of the A220-300 within Air Canada, let’s start by analyzing its use of single-aisle aircraft.

This table is Air Canada’s planning for the first quarter of 2022. It is for sure that the airline will make adjustments during the quarter. Actual usage at the end of the quarter should therefore vary slightly. Rouge aircraft are also included in the statistics. The indicated flight time is an average time, and it is in minutes. This data also includes taxiing time on departure and arrival. The number of seats offered corresponds to the number of flights multiplied by the number of seats on the plane. The other metric is ASM or Available Seats Miles, which is the number of available seats multiplied by the number of miles flown by the aircraft. So here is the table:

It can be seen that the A220 is the single-aisle aircraft which should perform the greatest number of flights. For its part, the MAX8 will make fewer links, but over greater distances. Since it also carries more passengers, it dominates for ASM.

Montreal and Toronto are obviously the two busiest airports for Air Canada’s A220-300s. The time of use on these 11 routes is slightly above its average. But the A220-300 is Air Canada’s single-aisle aircraft with the lowest average flying time. The three longest routes where it operates are Montreal-Los Angeles, Montreal-Calgary and finally Montreal-Edmonton.

Montreal-Toronto is Air Canada’s busiest route in terms of the number of flights. Here is a table of the devices used on this section:

The A220-300 is therefore very present there since it performs 63% of flights. Over short distances, airport fees occupy a greater proportion of operating costs. The A220-300 is the lightest aircraft operated by Air Canada and this explains its strong presence on this short route. Once passenger volume returns to normal, it should give ground to the MAX8 on this route.